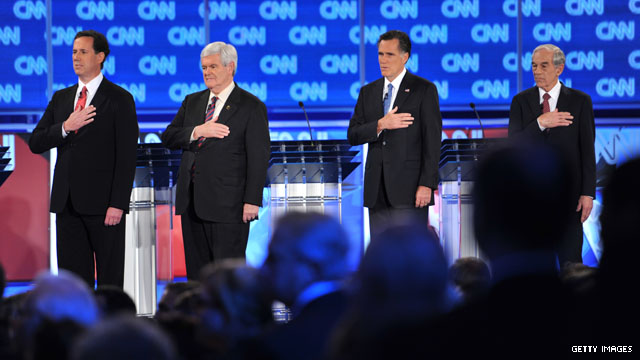 Washington (CNN) – As the battle for the GOP presidential nomination goes on and on, it seems that more and more Republicans appear to be saying "enough already," according to a new national poll.

Tonight at 6pm ET oh John King, USA we'll bring you the latest on this study. Are YOU tired of the race, or do you think the excitement is just getting started?