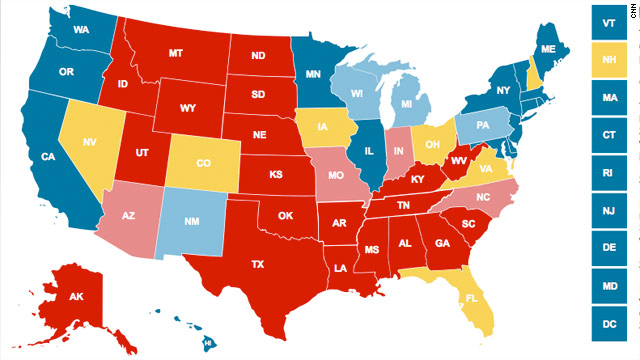 Making a decision between Romney and Obama? Let us help you decide. Check our the economy portion of our report card series. John King grades Obama's promises against his policies. Do you think he's lived up to them?

CNN's John King and John Vause report on the North Korean launch of a long-range rocket.

The GOP presidential field is down to 3 candidates, with Mitt Romney holding a huge lead in pledged delegates. John King uses the Magic Wall to explore how outlook on the 2012 presidential election shifts now that Senator Santorum is no longer in the race.

Trusting the Intelligence on Iran

Former CIA Director Michael Hayden and John King discuss intelligence on Iran and whether a military strike is justified.

The delegate fight without Gingrich

Wondering what a GOP nomination race would look like with Speaker Gingrich out of the picture? John King explains how Romney and Santorum would fare sans the former Speaker. Do you think he'll drop out, or remain in the race despite being far behind in delegates?