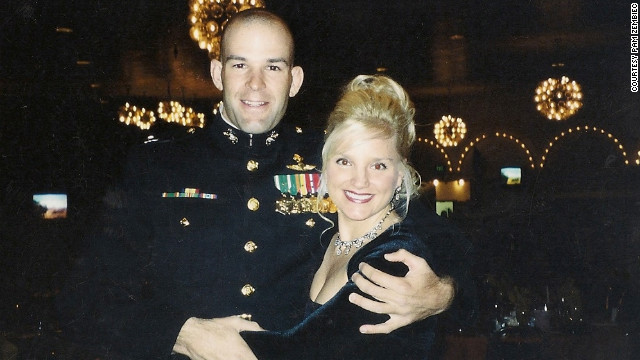 When many Americans kick off the start of summer with burgers and beers for Memorial Day, one former Navy SEAL will be in the final stretch of a 1,700-mile, month-long cross-country journey.

Coleman Ruiz, executive director of Carry The Load, is just one of many veterans making the hike to drive attention and resources to organizations that help surviving military families. They hope it will remind communities of the true meaning of Memorial Day.

In 2011, Clint Bruce, former Navy SEAL, co-founded Carry The Load as a way to honor fallen service members and to remember surviving military families. In its second year, Carry The Load is taking a two-fold approach to fundraising.

Beginning in West Point, New York, communities were invited to participate in the 1,700-mile national relay, which was divided into 5-mile segments. On top of that, the national trek will conclude in Dallas with a nonstop 20-hour, 12-minute walk on Memorial Day.

"It's about putting one foot in front of the other," said Ruiz, who invites individuals from local communities to participate by walking as much or as little as they can. "Walk a mile or walk 50 miles. But just come out and do what every single family across the country who has lost an American service member does. All those families get up every day and put one foot in front of the other. It's the least we can do to show them that we care."

Ruiz knows personally the pain of losing a loved one. In 2007, one of his best friends, Maj. Doug Zembiec, was killed in Baghdad while leading a combat operation.

"There isn't another human being that I've met who can lead men the way Doug could," Ruiz said.