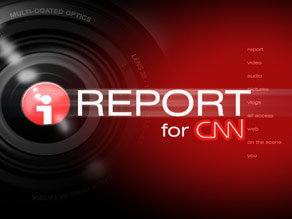 How are you preparing for Hurricane Irene?

How are YOU preparing for Hurricane Irene? Go to CNN iReport and share your story.

– There is only one story conservatives are seriously buzzing about this morning: Gibson Guitars. Perhaps there are more facts, but right now as the President plans a plan to create jobs, conservatives have seized on this story to highlight how the President's appointees are killing American jobs. Gibson Guitar buys wood from India and finishes the wood in the United States. The Department of Justice, Gibson claims, raided its facility because the DOJ thinks the wood should be finished by Indians in India. The Government of India had not complained.

– At what point must we conclude that the Jon Huntsman campaign is really nothing more than a pipe dream by left-wing members of the American media and the left in general? No offense to solid reporters out there, but in the latest Gallup poll, Huntsman polls at 1%. In Florida, a state he has staked a claim to, the latest Mason-Dixon poll has him at zero percent. Meanwhile businessman Herman Cain and former Senator Rick Santorum poll higher. Yet a quick search on Nexis shows Huntsman has been on a parade of news shows and in news articles in the past few weeks — more so than many candidates polling higher than him. And the basic narrative is that Huntsman is just too reasonable for the GOP. Why is it that the former Governor of Utah polling at 1% nationally is treated with much more legitimacy than the former Governor of New Mexico who is polling at zero percent?

– Speaking of Huntsman, he's now saying he's okay asking the rich to pay more. Yet again, he is being used as a useful foil to highlight the unreasonableness of the rest of the GOP. Is this the start of a John Anderson style third party bid?

– California Group Looking to Put Public Option on the Ballot

CNN's Candy Crowley asks the president of Pepco about potential power outages due to Hurricane Irene.