– Product Failure: Democrats are quietly looking at poll numbers that in combination with redistricting plans indicate a takeover of congress is possible in 2012, is the Tea Party the Edsel of politics?

– Marketing Failure: After hoping that Senator Marco Rubio would be key to saving the GOP from a demographic political abyss, frustrated top Republican consultants are realizing that Latino voters want candidates that not only look like them but that also think like them.

– A week ago, all the House GOP and 5 Democrats voted to send the GOP's Cut, Cap, and Balance plan to the Senate where it came just a few votes shy of a majority. Today, the House GOP will send John Boehner's new scheme to the Senate without all the GOP votes, probably none of the Democrats' votes, and it will get no votes from the GOP in the Senate with a pledge to get no Senate Democratic votes either. Apparently that's leadership.

– Meanwhile, at the other end of Pennsylvania Avenue, the President still has no budget, no debt ceiling plan, and his press secretary is increasingly losing credibility with the press. Ain't politics grand?

According to data from the Pew Research Center, the electorate's partisan affiliations have changed since President Obama was elected in 2008. As this graph shows, GOP gains have occurred among white voters. 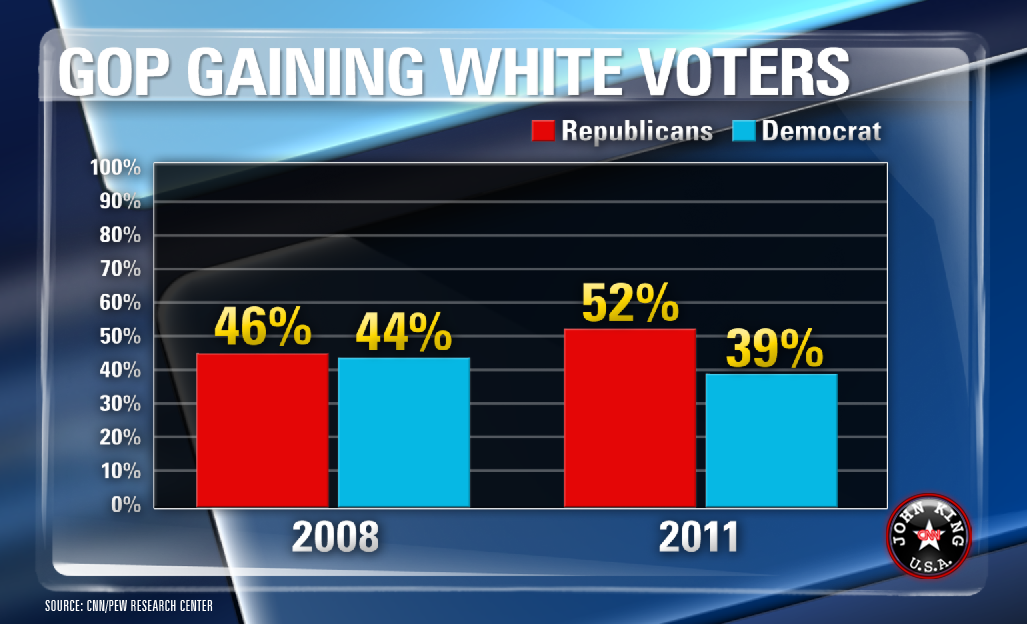 Zakaria: The whole world is watching

CNN's John King asks Fareed Zakaria what the global consequences would be if a debt deal is not made in U.S. by August 2.